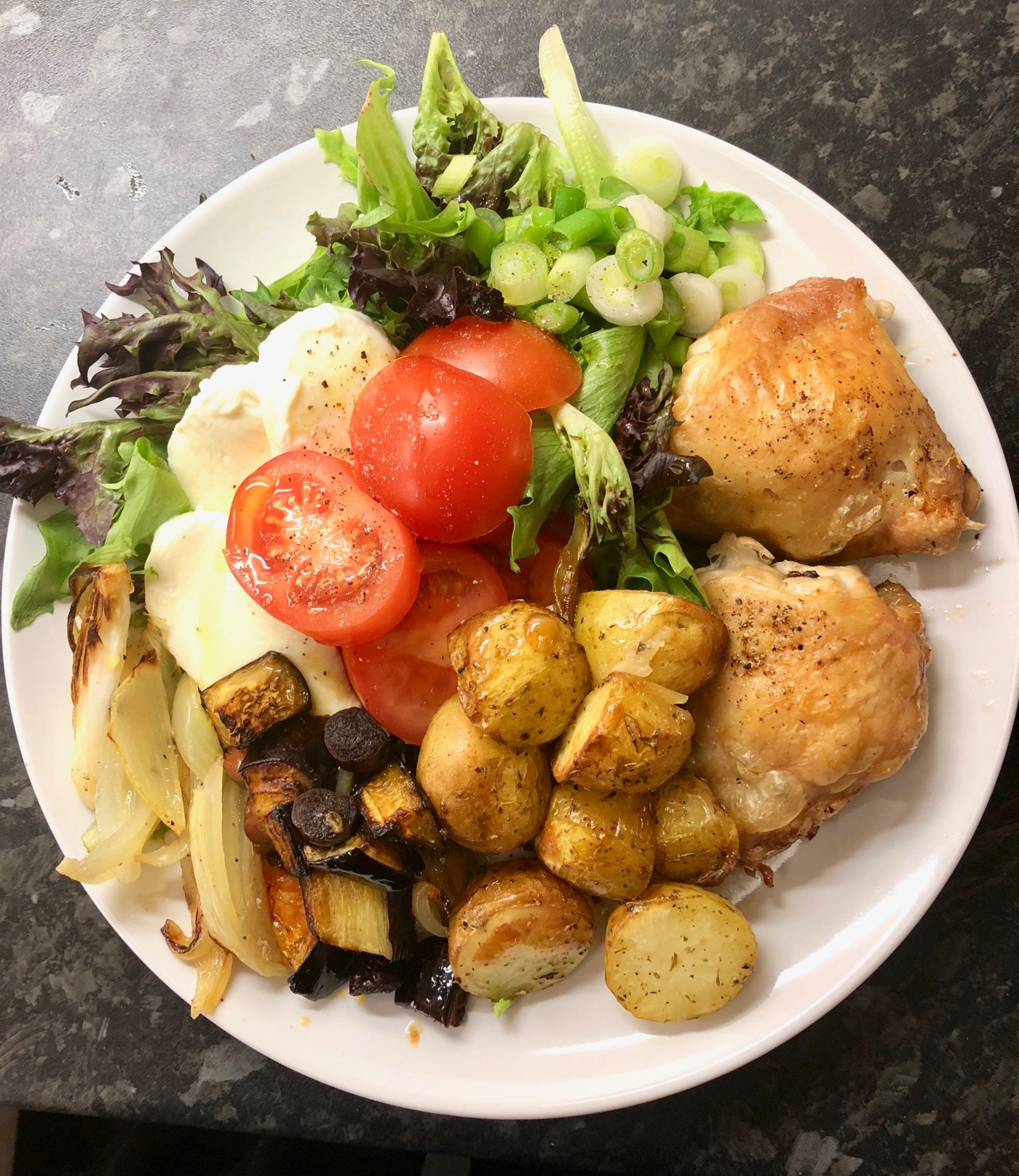 So it was a night where we were both supposed to be out and ended up both being in so we needed some food! This was a bit of using what we had leftover in the fridge and picking up a few additional bits! Even some bits in the reduced isle which is always a winner!

Half an aubergine, sliced into chunks

Heat the oven to 180 degrees Celsius.

Put the potatoes at one end of a large pan, the onion at the bottom and the aubergine with the chorizo at the other end of the pan  – like below:

Add the chicken thighs in the middle and on top of the onions and season everything with salt and pepper and drizzle olive oil over  – like below.

Put this in the oven for about 40 minutes – you want this to come out with crispy potatoes and crispy chicken skin!

Meanwhile, arrange the mozzarella, tomatoes and spring onions on to a bed of lettuce divided on two plates. Give this a little drizzle of olive oil.

Take the chicken out of the oven after 40 minutes – it should look like this:

Serve two chicken thighs each and split the rest of the goodies!